I had a dream once where I was in the middle of a large crowd, when suddenly, I realized that I was naked, completely, utterly, hopelessly. My response was one of terror. Not just a mild embarrassment, no… stark terror. All I could think about was getting out of there as fast as I could and so I panicked (as all great heroes would do in my situation). The thing with dreams is that no matter how fast you run or how quickly you try to hide, everything seems to move in slow motion. Just as the completely awkward situation in my dream seemed hopeless, I woke up. Whew!

I read an article in a newspaper awhile back about a particular movie actor. Apparently, actor Brandon Routh who stared in Superman Returns a number of years ago, threw a tantrum over his makeup.[i]

It seemed that Routh was angry when he saw photos of himself and his co-star Kate Bosworth pictured at a party. He said the makeup applied on him “made him look pale, artificial and a bit wimpy”. New and darker foundation had to be flown in for him to use in time for the premiere in Leicester Square. A source said: “To say that Brandon was livid with his makeup is an understatement.” Keep in mind that the movie’s director, Bryan Singer, handpicked the actor in part because he liked his humble Midwestern roots. So what happened? I believe that Brandon realized that he was naked and panicked. I don’t mean that he was physically naked of course, rather I mean that he found himself spiritually naked. As a result, he doesn’t (didn’t) know who he is. The sad thing is that he probably doesn’t even know that he doesn’t know. The other sad thing is that he wasn’t even dreaming.

Back in the Garden of Eden, Adam & Eve knew who they were. They knew how important they were in Gods eyes, that they were loved, cared for, cherished and wanted by God. There was no doubt in their minds about who they were before God…then they sinned and all that confidence evaporated leaving them spiritually naked. The moment Adam and Eve rebelled against God they were ashamed of their nakedness and hid because they no longer felt covered by God’s love.

“And he said, ‘I heard the sound of you in the garden, and I was afraid, because I was naked, and I hid myself.’ He said, ‘Who told you that you were naked? Have you eaten of the tree of which I commanded you not to eat?’ The man said, ‘The woman whom you gave to be with me, she gave me fruit of the tree, and I ate.’ Then the Lord God said to the woman, ‘What is this that you have done?’ The woman said, ‘The serpent deceived me, and I ate.’” – Genesis 3:10-13

God later comes to the Garden and asks the question “Adam, where are you?” Not Adam where are you hiding, because God already knew where he was, rather it was Adam where are you in your present state? It’s sad I think that Adam throws Eve under the bus by answering the question with a denial of his responsibility – ‘my wife is at fault’. Eve’s response also deflected her responsibility; ‘the serpent is at fault’. Here we are thousands of years later and somehow, we still think we can do whatever we want, deflect the blame and then hide it from God. However, like Adam and Eve, God is still able to see us exactly as we are… in all our nakedness.

And then to add insult to injury we think that God is watching us to catch us ‘in the act’. But God doesn’t stay intimately involved with us so that he can catch us doing something wrong – but rather so he can be there when the shame and regret hits us as it most certainly will.

He wants to be available to pick us up and dust us off and bring us back to a right relationship with him by clothing our unrighteous nakedness in Christ’s righteousness. You see God loves us so much, that in the Garden of Eden, when man first separated himself through sin, God began the journey towards bridging that gap. God could not bear to leave us in such a state – he loves us way too much. 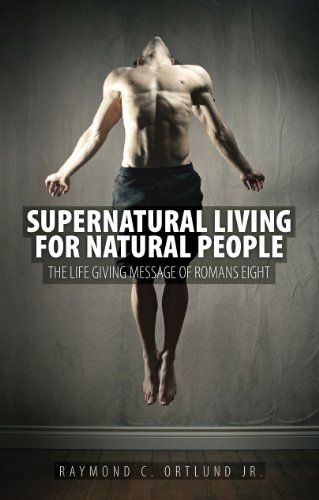 A number of years ago when my children were much younger we had a rule that once they were in bed for the night they must stay in bed. One night after all were safely tucked away, I was sitting on the couch watching TV when I see my youngest son walking down the hall, the hall light on, right past me. He’s walking slowly, hiding his face from me with a pillow.

He was trying to ‘go stealth’ simply by hiding his face from me like I am going to think it could be any small person in his pyjamas slinking down the hall towards his mother. Needless to say, he was in trouble even though it was hard not to laugh at him, but I couldn’t stop thinking about the nerve of the kid to think he could hide when I could still see him. I think most Christians live this way when it comes to God. We act like he can’t see us and in the light of day or maybe more accurately when we are alone at night. We do what it is that we want to do instead of what he has told us to do.

It’s because we all have this ‘naked’ disease that Adam had to a greater or lesser degree, but the root is the same. We lost our identity in the garden, but the beauty is that we can be cured of this disease by having our identities restored through a relationship with Christ.

In Galatians Paul writes, “For in Christ Jesus you are all sons of God, through faith. For as many of you as were baptized into Christ have put on Christ.” – Galatians 3:26-27

And just how do we put on Christ and walk like Christ walked? It is by gazing on his glory – losing ourselves in his glory by studying his word and communing with him through prayer and meditation. You don’t have to concentrate on techniques and gimmicks, just concentrate on Jesus Christ. It’s as we lose ourselves in his glory that we’ll find that the Spirit of God moves you closer and closer to the very image of Jesus Christ. Another way to put it is this, “Walk in the Spirit and you will not fulfill the lusts of the flesh.” – Galatians 5:16

We can now live cured of the awful naked disease, no longer living a nightmare of being found in that state, and instead living as those who’s identities are restored – sons and daughters of the Most High God – no longer naked and no longer in need of hiding because we’re clothed in Jesus’ righteousness.